Hasbro shared out new info and images for the next Force FX Lightsaber release in conjunction with StarWars.com’s Bring Home The Galaxy campaign – Luke Skywalker’s Return of the Jedi Lightsaber.  Available in Spring 2023, the piece will retail for $278.99 and feature all the bells and whistles you expect.  Read on for details and pics, get ready for pre-orders tomorrow at 1 PM.

Luke Skywalker was a Tatooine farmboy who rose from humble beginnings to become one of the greatest Jedi the galaxy has ever known. STAR WARS fans and collectors can imagine the biggest battles and missions in the Star Wars saga with this premium LUKE SKYWALKER FORCE FX ELITE LIGHTSABER. This premium Lightsaber features design and deco based on Luke’s iconic green Lightsaber featured across Star Wars entertainment – from STAR WARS: RETURN OF THE JEDI to THE MANDALORIAN and THE BOOK OF BOBA FETT. With advanced LEDs and entertainment-inspired sound effects, the LUKE SKYWALKER FORCE FX ELITE LIGHTSABER is the most realistic Force FX Lightsaber yet! Use the switch and button on the hilt to activate the sound effects, progressive ignition, battle clash effect, wall-cutting effect, blaster deflect, duel effect, and battle sequence mode! Fans and collectors can proudly display this Lightsaber on the included stand, with or without the removable blade. Available for pre-order 10/26 at 1PM ET at Hasbro Pulse and other major retailers.  Visit starwars.com for more Bring Home the Galaxy product reveals! 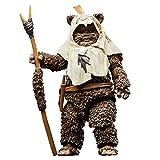 Star Wars The Black Series Stormtrooper, Return of... $24.99
SaleBestseller No. 3 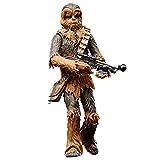 Star Wars The Black Series Chewbacca, Return of... $24.99
SaleBestseller No. 5 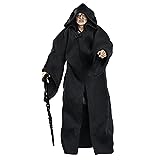 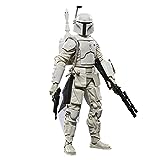 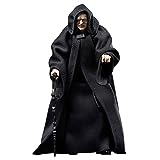 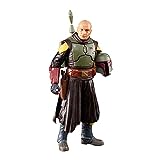 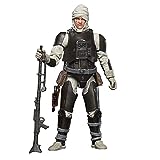 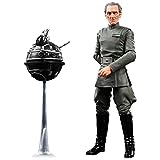