McFarlane Toys have revealed and listed for pre-order an exclusive Superman from Batman HUSH.  He’s sporting the trunks and shield on the cape, has some Poison Ivy vines, and a new headsculpt with a grimace and some agitated eyes.  Body style seems to be a retouched version of the Infected/Bizzaro mold with double elbows/knees etc.  Retail is $19.99 with a ship date in October 2022.  Head on over to McFarlaneToysStore.com to snag your copy!  Read on to check pics and deets.

Sent to Earth from the dying planet of Krypton as a baby, Kal-El was found by farmers Martha and Jonathan Kent and raised as their son, Clark. As Clark grew up, the radiation from Earth’s yellow sun gave him extraordinary powers, which he kept hidden. Now fully grown, he uses his powers to protect his adopted world as Superman. 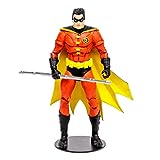 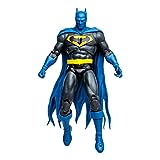 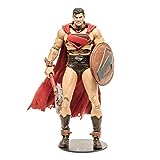 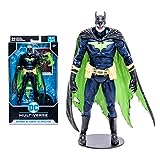 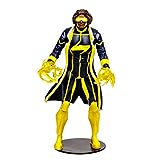