Hasbro have shared out the official reveal of a Thor Love and Thunder adjacent figure – Comic style Gorr the God Butcher (via ScreenRant). The big baddie from Thor’s summer flick will be going up for pre-order tomorrow 8/30. He looks to be coming with an alt cloaked head and sword. Read on to check pics, and check back tomorrow for PO linkage and more details.

Update – He is an Amazon exclusive, and live for Pre-Order now! 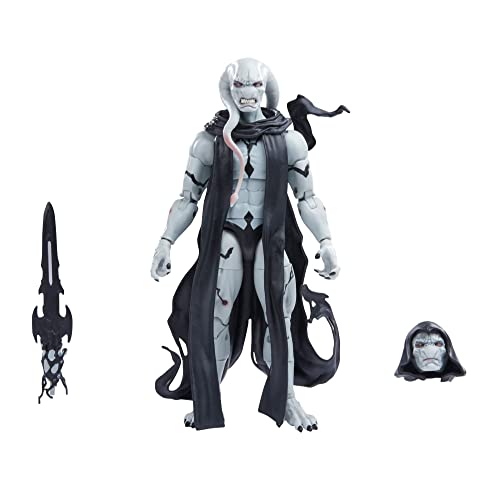 Wielding the dreaded Necrosword, the being known only as Gorr sets out on a path of vengeance across time and space, and only Thor can stop him! With over 80 years of entertainment history, Marvel has become a cornerstone of fan collections around the world. With the Marvel Legends Series, fan favorite Marvel Comic Universe and Marvel Cinematic Universe characters are designed with premium detail and articulation for posing and display in collections. From figures to vehicles to premium roleplay items, the Marvel Legends Series offers elite character-inspired product for Marvel fans and collectors. Additional figures each sold separately. Subject to availability. Copyright 2022 MARVEL. Hasbro and all related terms are trademarks of Hasbro.