The Emperor is back, first as a tease in the Rise of Skywalker trailer and now as an upgraded Star Wars Black Series figure. New robes, new heads with photo real tech and paint, lightning accessories and a legit throne for him to sit in. All I can say is : Good. Gooooooooooooooooooood.

His pre order is up now, looks to be an Amazon exclusive for $39.99 with a release date of October 4th (sonofa!) Hit the link below to grab yours! 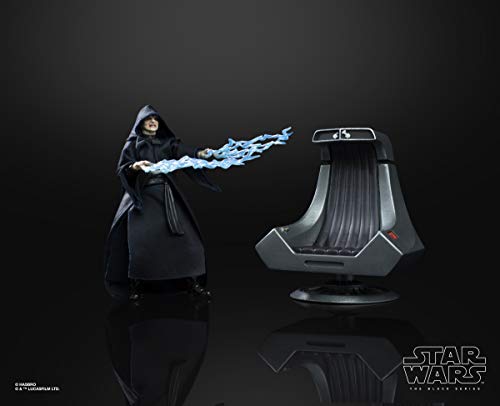 Star Wars movie-inspired design: inspired by the iconic Death Star throne room scene in Star Wars: Return of the Jedi, this detailed figure of the Emperor is great for display in any Star Wars collection

Premium detail and articulation: this emperor figure features realistic design and detail inspired by Star Wars: Return of the Jedi. Multiple points of articulation make the figure highly poseable for play and display